Jean Paul Gaultier continues to find new avenues for his sailor striped theme: Le Male Terrible is a fragrance for men, a new fragrance introduced in 2010. The nose behind this fragrance is Aurelien Guichard. Top notes are grapefruit and pink pepper; middle notes are lavender and vetyver; base notes are amber and vanille.
The introduction of his new perfume goes with some beautiful video clips - sailor striped overtones, of course.
Posted by Beret And Boina at 7:15 AM No comments:

New Navy Shirts Are In! 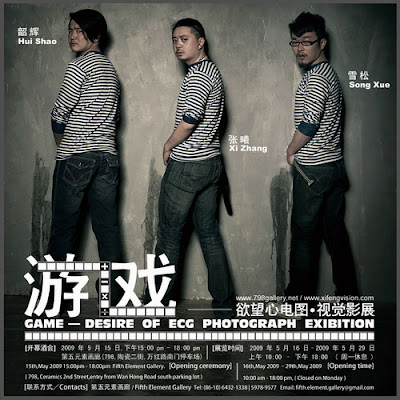 I am very happy to announce that they are in, finally: the long sleeved striped shirts of the Chinese peoples Army (Navy)!
Not speaking Chinese, obscure addresses of old-time communist uniform factories, the unavailability of Paypal and various problems with customs have all been overcome - they are here for sale!
This marinière, or "Soul of the Sea Shirt" in Chinese, or haihun shan, or 海魂衫, is big in popular street- and underground culture in China.
For decades it was just the standard issue undershirt for sailors and seamen, but over the years it has evolved into a fashion/youth culture phenomenon, thanks to rock stars like He Yong and Zhang Chu, counter-fashion magazines and the film industry. 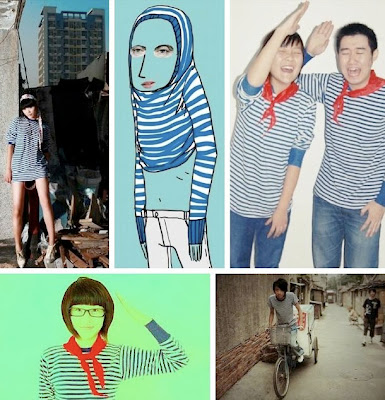 I stock a number of these Soul of the sea shirts in XL and XXL (that's what it says on the label; in reality it's more like M-L and L-XL). 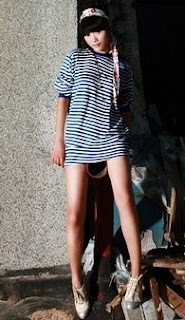 and also still available, the short sleeved Chinese People Navy T-Shirt @ $23.50.
Posted by Beret And Boina at 4:22 PM No comments: 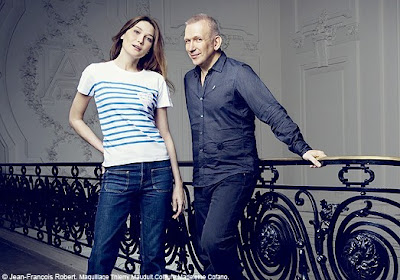 The Global Fund announced the release of a collector T-shirt for the campaign HIV-Born Free. The shirt, designed by Jean Paul Gaultier, is rich in symbolism. 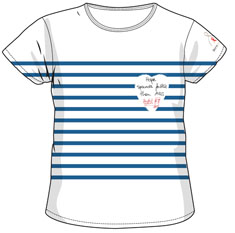 The marinière stands for travel, freedom, hope and therefore life. For the HIV Born Free campaign, Jean-Paul Gaultier revisits his famous t-shirt with stripes and joins Carla Bruni-Sarkozy. The first lady is an ambassador of the Global Fund since 2008 and launched the Born Free HIV last May. 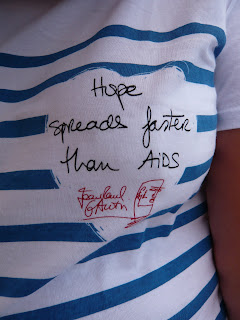 Watch Carla Bruni present the campaign Born Free HIV and with J.P.G. here.
Posted by Beret And Boina at 7:15 AM No comments:

The marinière on the streets of Marseille.

Watch the video.
Posted by Beret And Boina at 7:15 AM No comments: 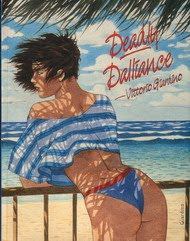 Giardino was born in Bologna, where he graduated in electrical engineering. At the age of 31, he decided to leave his job and devote himself to comics.

Starting in 1984, Giardino produced a number of short stories based on lies, fraudulence and erotism. In addition he created the story of Little Ego, a young and sexy girl inspired by Winsor McKay's Little Nemo.
In 1991 Giardino created a new character, Jonas Fink. Jonas is a young Jew in 1950's Prague whose father is arrested by the communist police. He and his mother have to cope with the discrimination and oppression of Stalin's regime. The book won the Angoulème Alph-Art prize for best foreign work in 1995 as well as an Harveyat San Diego in 1999.
In 1999 he starts the story of Max Fridman's implication in the Spanish civil war: 'No Pasaran'. 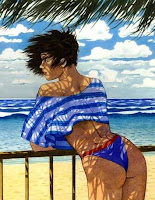 Furthermore several books with an overview of his illustrations, posters, serigraphys, ... were published in France and Italy. (ed. Lizard, ed. Di, ed. Mosquito)
Giardino's maniacal attention to details in both his art and his stories has made him a star even outside the comics community. Giardino art style recalls the French ligne claire.

Barbie is a fashion doll manufactured by the American toy-company Mattel, Inc. and launched in March 1959. American businesswoman Ruth Handler is credited with the creation of the doll using a German doll called Bild Lilli as her inspiration.

Barbie is the figurehead of a brand of Mattel dolls and accessories, including other family members and collectible dolls. Barbie has been an important part of the toy fashion doll market for fifty years, and has been the subject of numerous controversies and lawsuits, often involving parody of the doll and her lifestyle. 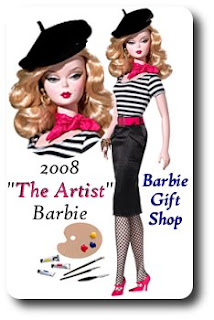 Among the many lawsuits Barbie was involved in, I am quite charmed by the one against artist Tom Forsythe over a series of photographs called Food Chain Barbie in which Barbie winds up in a blender. 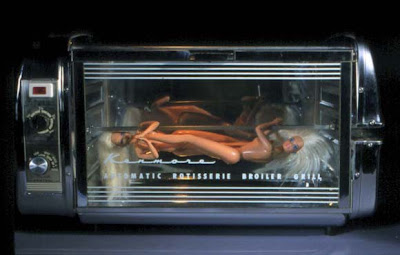 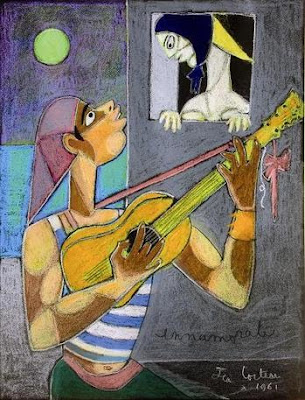 Along with other avant-garde artists of his generation (Jean Anouilh and René Char for example) Cocteau grappled with the algebra of verbal codes old and new, mise en scène language and technologies of modernism to create a paradox: a classical avant-garde. His circle of associates, friends and lovers included Pablo Picasso, Jean Hugo, Jean Marais, Henri Bernstein, Marlene Dietrich, Coco Chanel, Erik Satie, María Félix, Édith Piaf (whom he cast in one of his one-act plays entitled Le Bel Indifferent in 1940), and Raymond Radiguet. 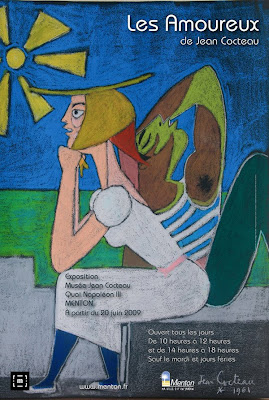 His work was played out in the theatrical world of the Grands Theatres, the Boulevards and beyond. His versatile, unconventional approach and enormous output brought him international acclaim. 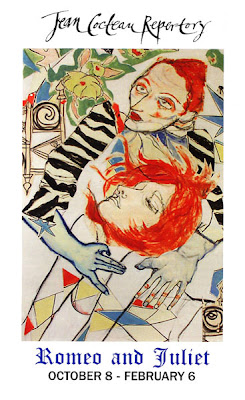 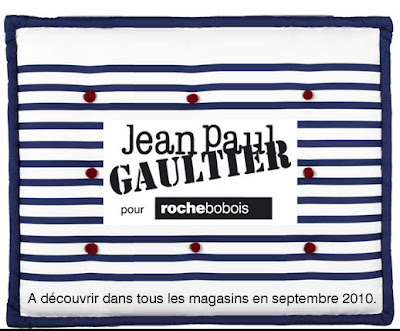 Jean Paul Gaultier has taken the Breton stripes into the world of furniture design.
Creativity, beauty, energy and courage are the keywords for the cooperation between the French fashion designer and design furniture firm Roche-Bobois. 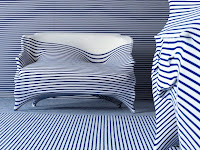 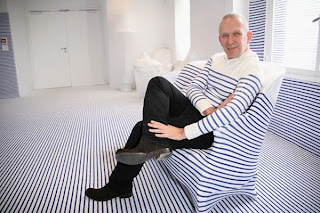 In the words of Roche-Bobois: "An ultra-glamorous collection celebrating the love story between Fashion and Interior Design. The famed French designer's distinctive vision together with the expertise of Roche-Bobois have given life to a poetic and sophisticated collection, a bouquet of sensual materials, subtle colours and iconic pieces and patterns." 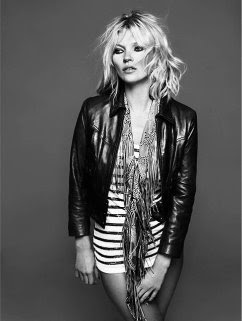 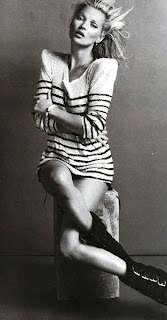 She has appeared on over 300 magazine covers and she is known for her waifish figure, uncommonly short height for a fashion model, and appearances in many advertising campaigns.
She is well known for her high-profile relationships and party lifestyle. In 2007, she came 2nd on the Forbes top-earning models list, estimated to have earned $9 million in one year.

And over the years of her career, she has been a great advocate for the Breton striped shirt! 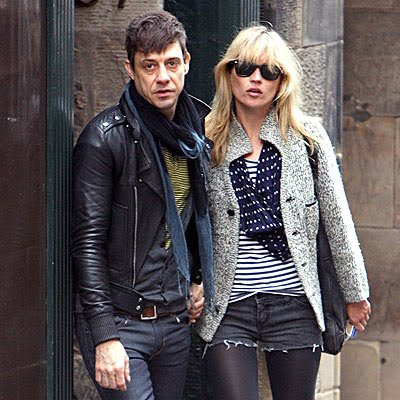 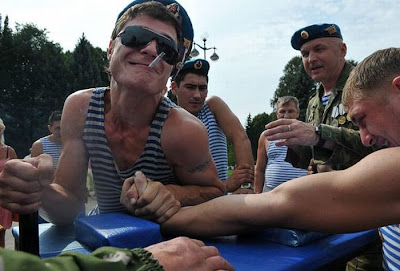 It's not only the marines in Russia (or previously the Soviet union) that adopted the French marinière for their uniform, it was and is pretty much their whole defense force.

The Paratroopers (or V.D.V.) are the most notorious, in their blue&white striped shirts. Every year on 2 August former troopers get drunk and bathe in fountains; it's the Airborne Forces Day, generally ending in drunkenness and violence (especially to everyone without a fair white skin and of another religion but Russian orthodoxy...). 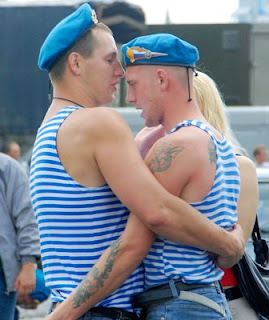 At least it makes for interesting pictures, but personally, I'd rather be liberated by French Foreign legion troops than Russians. 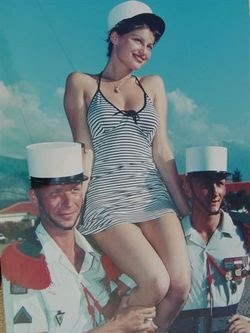 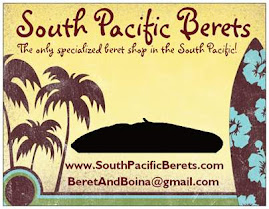